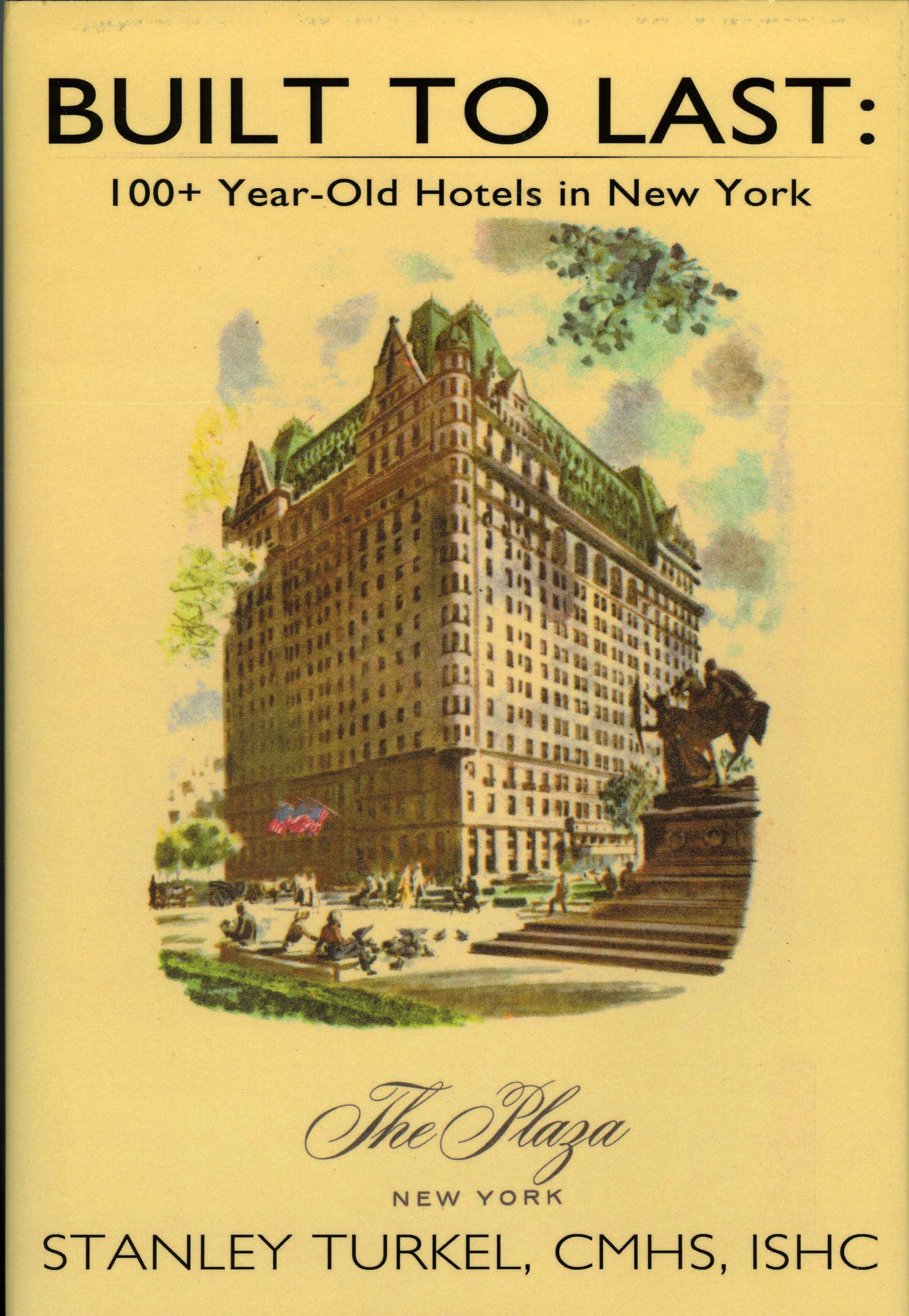 The thirty-two century-old hotels featured in this book have defied the passage of time for a variety of reasons. For eighteen of them, it was the fortuitous creation of the New York City Landmark Preservation Commission in 1965. The landmarks law was enacted in response to the demolition of the iconic Pennsylvania Station in 1963. These hotels of New York ( the Waldorf Astoria among them) naturally take the lead of all others in America, and are regarded by all who have visited them as "models of their kind."

Expert story telling applied to an heroic sized profile of that prima donna of hotels, the Waldorf Astoria. Full of the fabulous characters who worked there andwere guests there, bankers who bet on a raindrop race, the temperamental operator of stage lights in the grand ballroom and his classic feud with Xavier Cougat. The story opens with the 13-story hotel on 34th Street and Fifth, and follows on to Park Avenue. One gets a sense of changing mores and events whichshaped its destiny and turned it from an exclusive haunt of the ""400"" to a gargantuan operation which houses conventions, three at a time, and foots a monthly liquor bill of $360,000. The wealth of anecdotes makes vastly entertaining reading for anyone who loves the lore of New York, in its fabulous aspects. 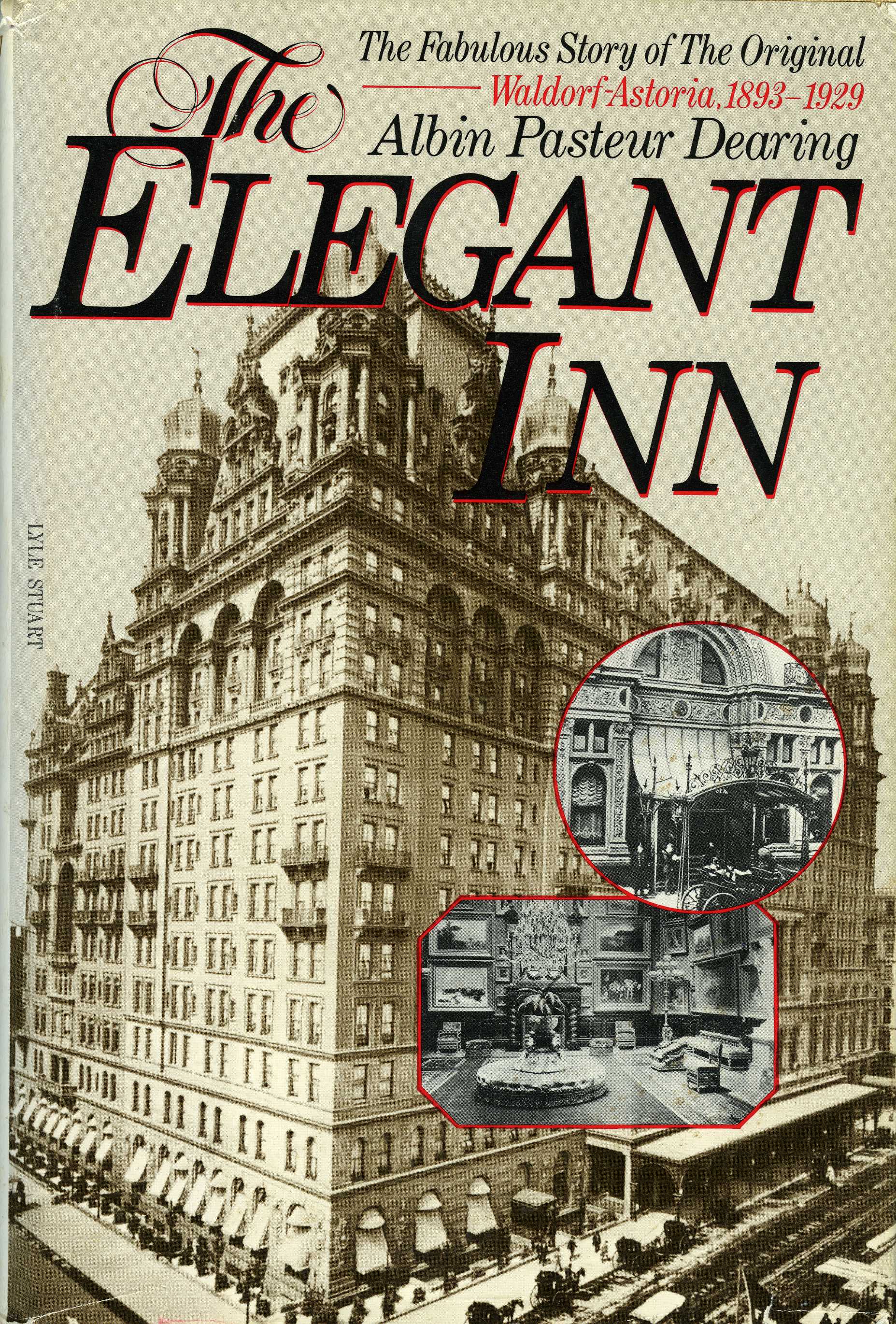 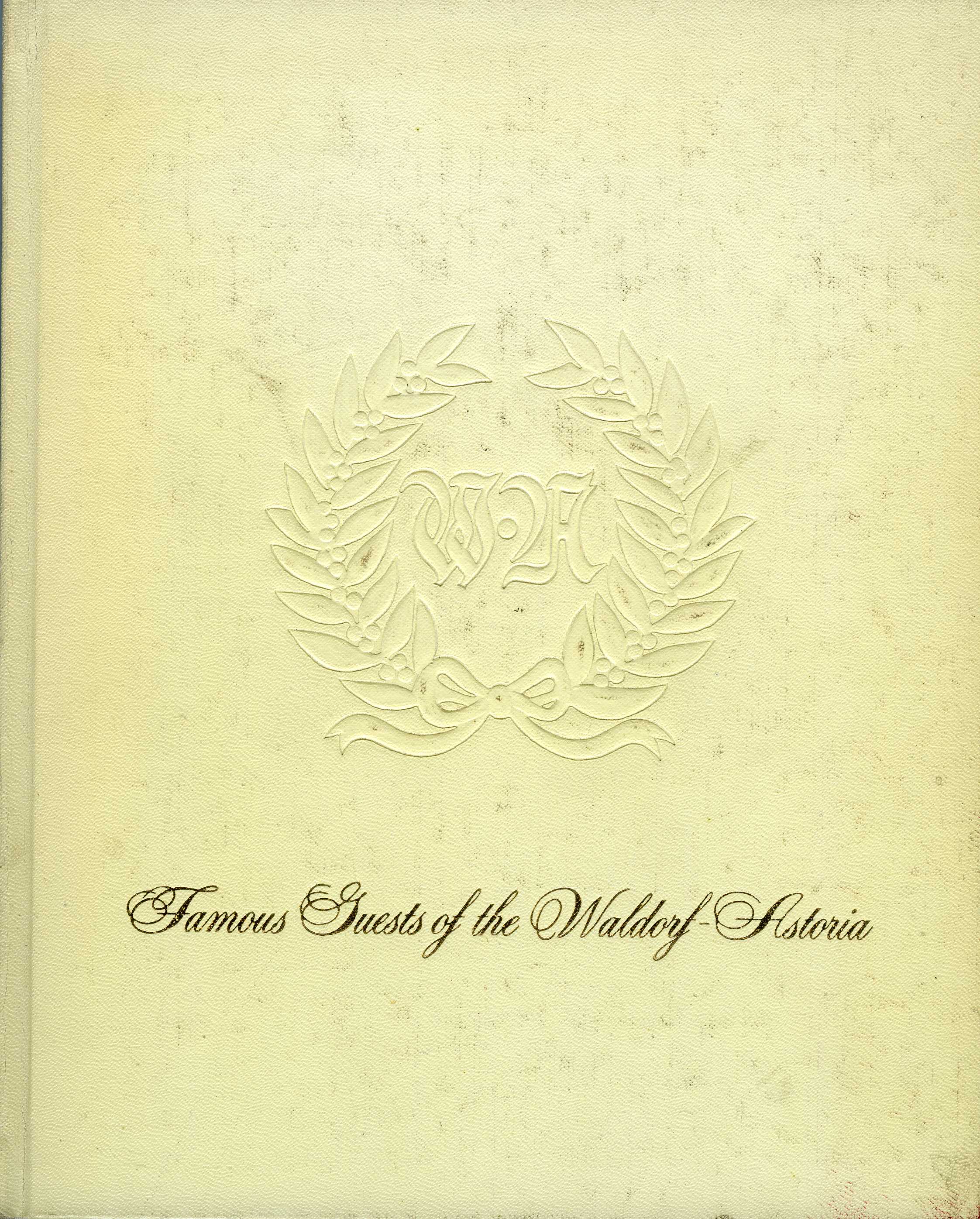 An historic compilation of our hotel's famous guests including royalty, political figures, social figures and outstanding citizens. This book was created specifically for The Waldorf Astoria Hotel. 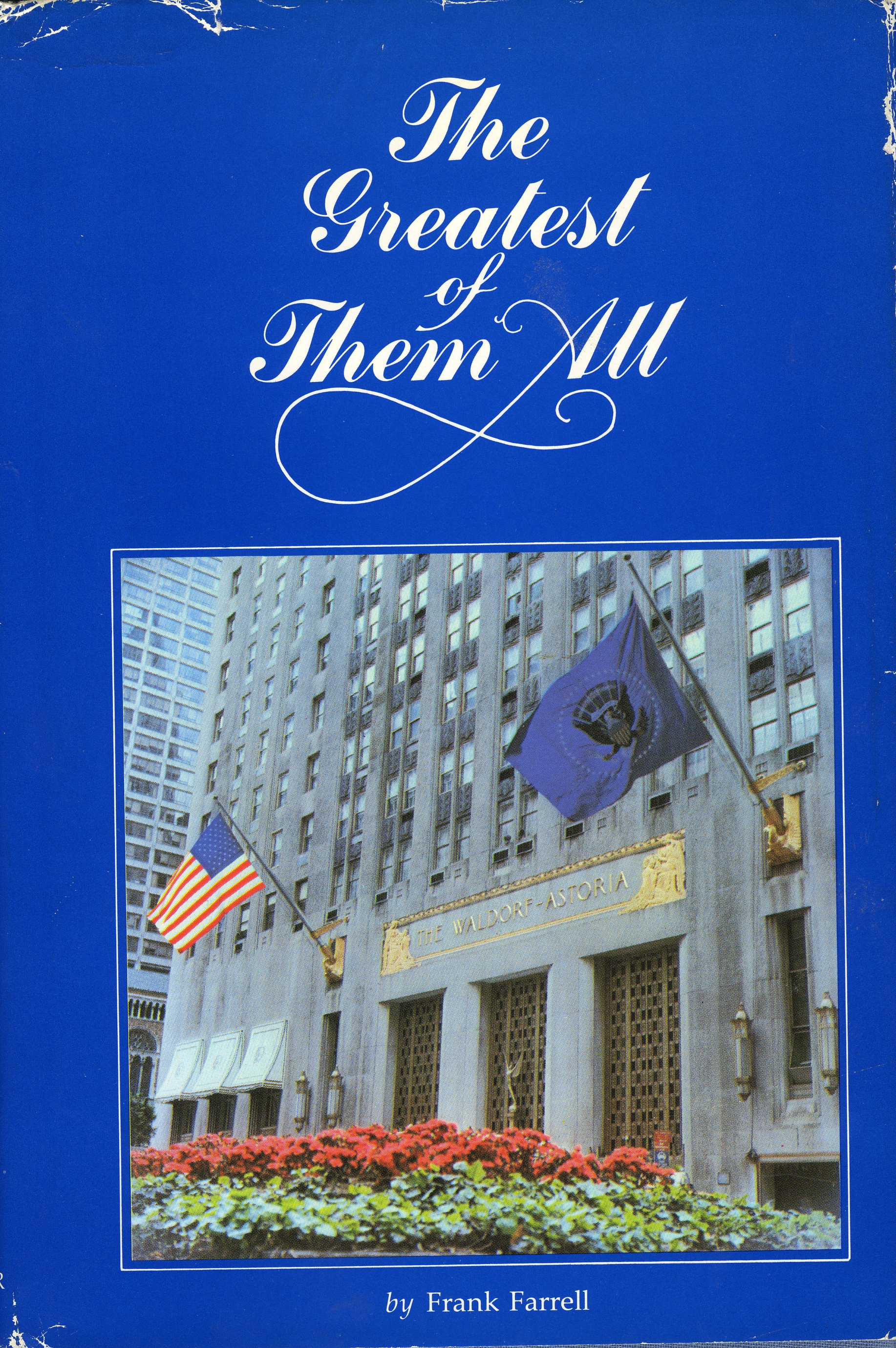 The Statue of Liberty. The Empire State Building. The Waldorf-Astoria. Mention any of these names - and everyone knows you're talking about New York. In this book, illustrated with more than fifty photographs of memorable personalities and events at The Waldorf, Frank Farrell, distinguished " New York - Day by Day" columnist and commentator, tells the story of The Waldorf, with emphasis on the Park Avenue years. It is not only the story of the hotel's guests but also of the people, great and small, who have owned and operated the hotel, managed it and provided the many services that have gained it a worldwide reputation. 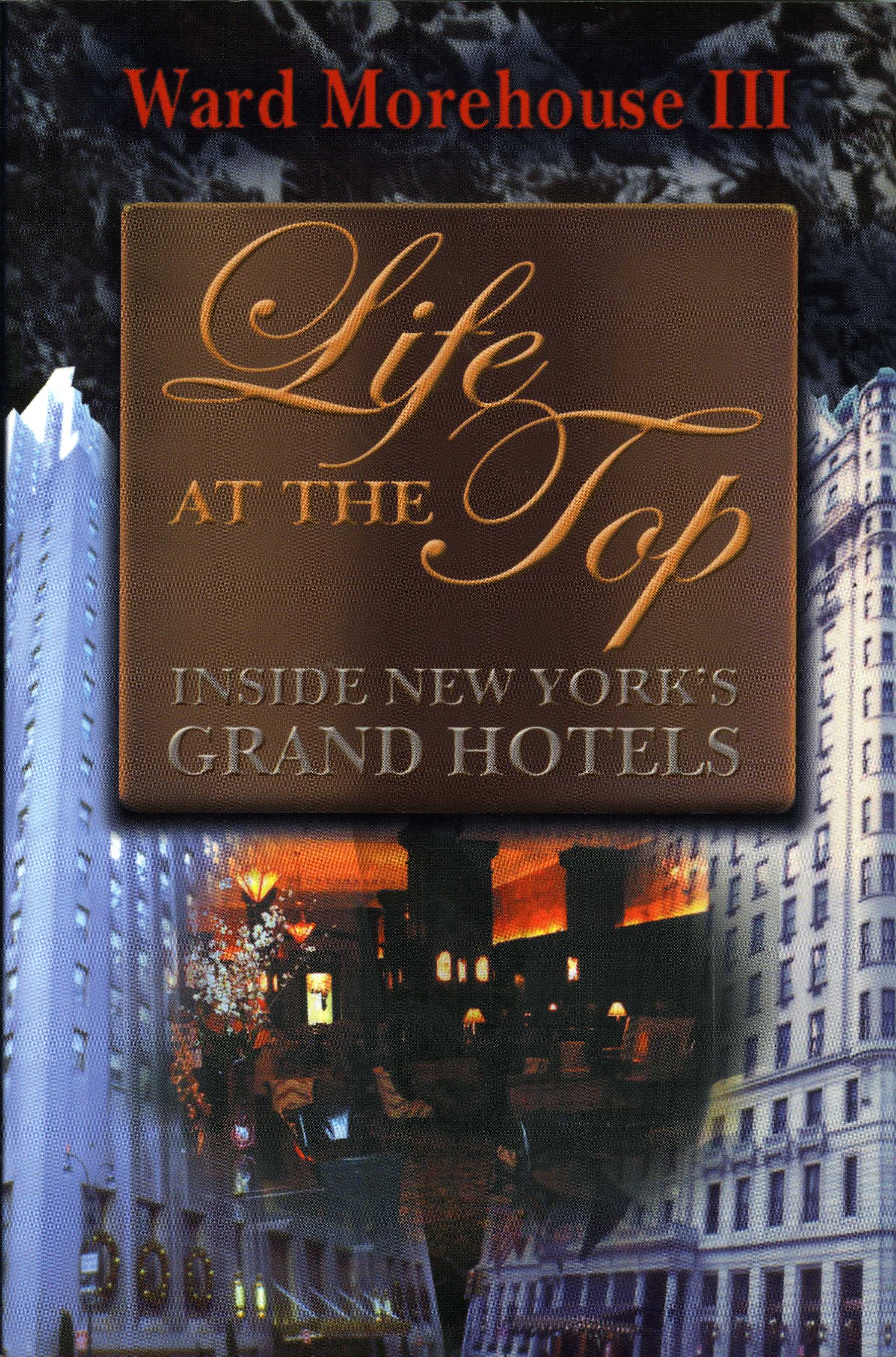 Life at the Top: "Inside New York's Grand Hotels is an intriguing celebrity biography of some of New York's grandest and most romantic hotels, contains dozens of original stories about famous literary, theater, and movie personalities."

"Author Ward Morehouse III, a columnist for AM New York, former columnist for the New York Sun and the New York Post and a staff correspondent for 10 years for the Christian Science Monitor, briefly chronicles the lives of many of the 20th Century's literary and artistic giants who lived at the Plaza, Waldorf-Astoria, Algonquin, St. Regis, Carlyle, Chelsea and many other hotels. Morehouse paints a unique portrait of their glamorous, exciting, touching and sometimes tragic lives in the golden era of New York hotels and theater, bringing the two worlds together in a work that reads like great fiction." 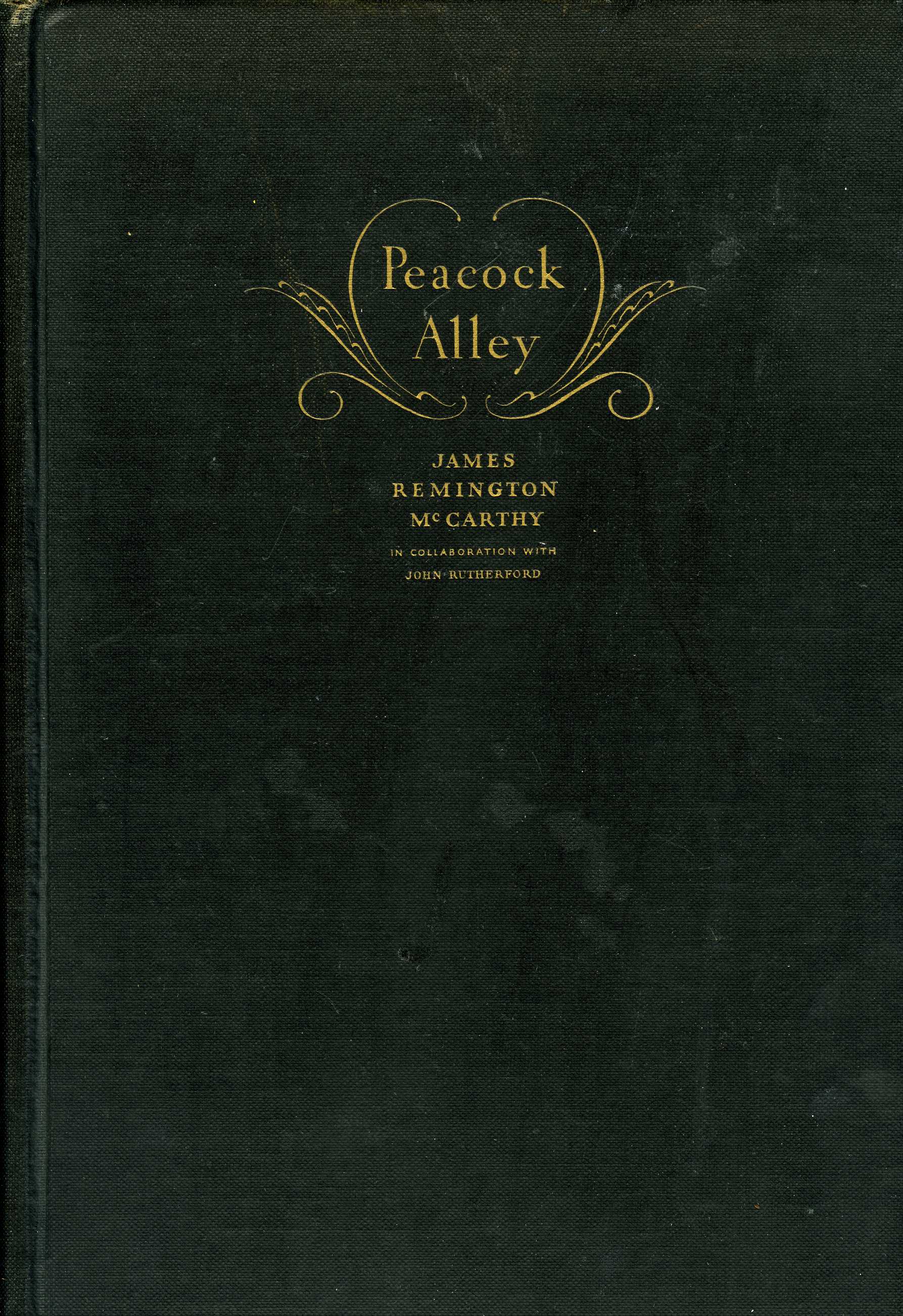 It started as two hotels: one owned by William Waldorf Astor, whose 13-story Waldorf Hotel was opened in 1893 and the other owned by his cousin, John Jacob Astor IV, called the Astoria Hotel and opened four years later in 1897, four stories higher. The grand social promenade that connected the original Waldorf and Astoria hotels was called "Peacock Alley."

In 1931, James Remington McCarthy collaborated with John Rutherford on Peacock Alley: The Romance of the Waldorf-Astoria. From the Foreword: "This book does not pretend to be a history of New York hotels nor does it presume to chronicle the metropolis's social development. The attempt has been to present a human and romantic story of a famous tradition that happened to be a hotel--of which Harper's Bazaar in 1896 said: "It is the fashion of New York, the Mecca of visitors from many nations, for nowhere in the world, with the possible exception of Shepheard's in Cairo, has any hotel come to play so important a part in the social life of a great city."

The Unofficial Palace of New York. Edited by Frank Crowninshield. 1934.

A detailed historiography of the Waldorf Astoria hotel and it's iconic place within New York City culture and society.

The grand cities of the world have their grand hotels, the bed-and-breakfasts for the mighty and the moneyed. Ward Morehouse III explores one of New York City's grandest in The Waldorf-Asrtoria: America's Gilded Dream ... Morehouse writes of pleasures and scandals, of the hard facts of running a hotel and of its romance.

"Endowed with the largest private fortunes of their day, cousins vied for primacy in New York society, producing the grandest hotels ever seen in a marriage of ostentation and efficiency that transformed American social behavior.

Kaplan exposes it all in exquisite detail taking readers from the 1890s to the Roaring Twenties in a combination of biography, history, architectural appreciation, and pure reading pleasure."