As you enter the Park Avenue Foyer, it is easy to be overwhelemed by its beauty and expansiveness, with its immense Pompeian columns of Rockwood stone extending down from the gold and silver leaf ceiling to the intricate mosaic tile floor. The design of the lobby is heavily influenced by ancient art, particularly Greek and Roman, whose styles are effortlesly interwoven with more modern decorative elements.

It is important to note that the Park Avenue Lobby has undergone a series of renovations since our opening in 1931; all events which have adhered to the elegant style and grandeur of the Waldorf Astoria. The first series of renovations occured in 1962 with the installation of the Park Avenue Chandelier. This candlier was designed by Joseph Travisano of Woodside, Queens, NY, under the direction of the Greene Brothers, Inc., Lighting Fixutre Consultants. This chandelier resided in Park Avenue until 2011 and featured 104 electric candles. The chandelier was 10 feet high and 10 feet wide and required the efforts of 31 men to bring this design to life over the course of three months and four days. The photograph included below shows Conrad Hilton and Frank Wangeman admiring the chandelier on the day of its installation (February 6, 1962). 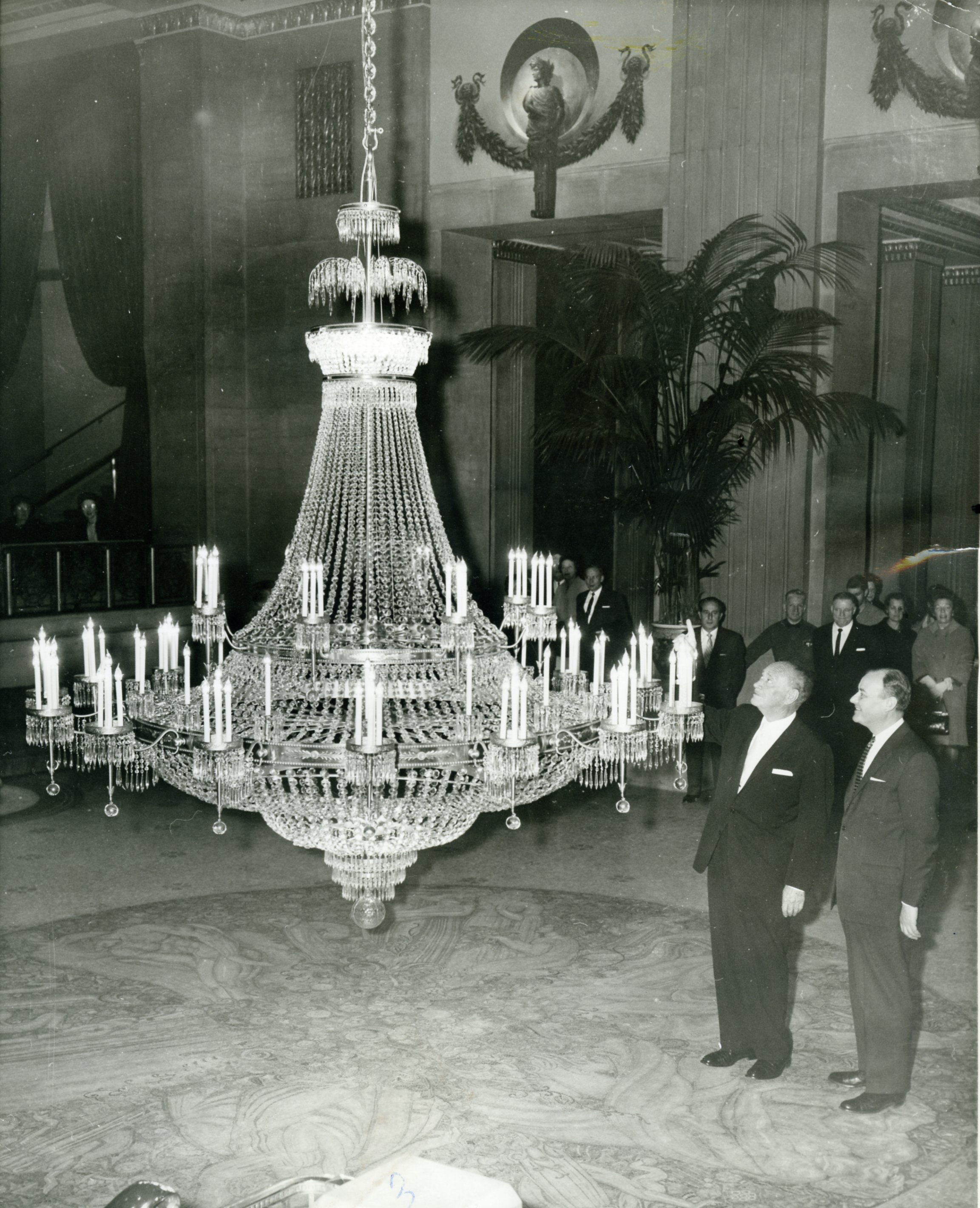 The "Wheel of Life" mosaic at the center of the floor was designed by French artist Louis Rigal. Rigal was one of the artists showcased at the 1925 Paris Exposition Internationale des Arts Décoratifs et Industriels Modernes, from which the Art Deco style received its name. The mosaic is composed of 148,000 hand-cut marble tiles imported from all around the world; in total, 181 different shades of marble were imported from Italy, France, Beligum, Africa, Ireland, Greece and Turkey. Each of the 148,000 pieces was cut by hand by mosaic artisans and cemented in place, one piece at a time, on a working cartoon made from the original Rigal design.

Rigal’s design iconographically depicts the drama of human existence from birth, to old age, and death. The first group shows the happiness of a mother, father, and relatives as a newly-born baby awakens. The second group represents youth and friendship. The third depicts the struggle for life with its defeats and disasters. The fourth group represents domestic felicity and mature serenity. In the fifth and sixth groups, the "Wheel of Life" dramatically turns the full circle towards old age and death.  This mosaic is a stunning illustration of the decadent, yet scientific, preciseness of the Art Deco style. This work is juxtaposed dramatically with Rigal's 13 allegorical murals that line the ceiling of the Foyer. Each of the murals portrays the pleasures of life, serving as a foreshadowing of the comfort and luxury that can be found within the doors of the Waldorf Astoria.

This mosaic was not installed upon the opening of the hotel in 1931, but rather in 1939 due to the amount of time it took Rigal to complete this project. The Wheel of Life mosaic was brought to the waldorf in 102 sections with each piece of marble in the various sections fitted into place upside down so that when the design was turned over and set into the cement in the Park Avenue Foyer, the design only needed to be "peeled off." The mosaic fieled surrounding the Wheel of Life medallion today is an exact replica, both as to design and material (Sienna Marble), of the floor pattern in the original Waldorf Astoria Hotel; the Sienna Marble used in the original Waldorf Astoria was imported in 1910. 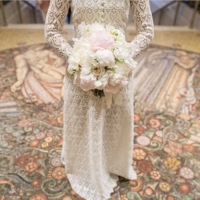 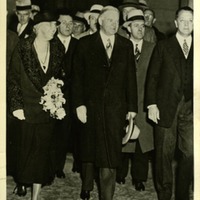 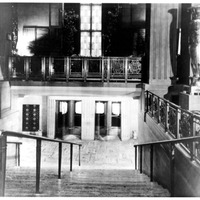 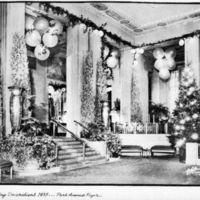 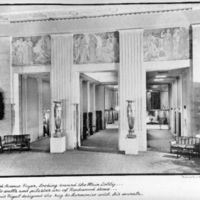