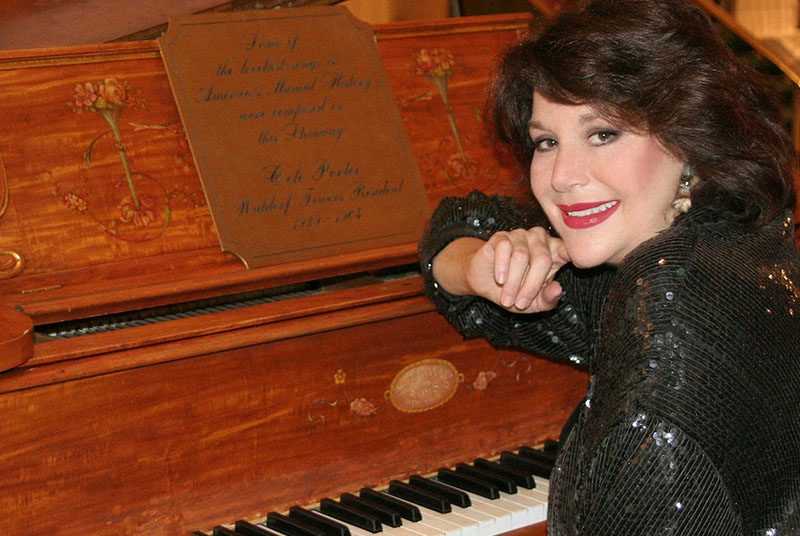 • For 14 years, some of the most welcoming sounds in Midtown Manhattan were the voice and piano of Daryl Sherman, heard as you entered the Waldorf-Astoria.

• Ms. Sherman was one the last of a vanishing breed of singer-pianists who used to hold forth in the lobbies of luxury hotels in Manhattan.

• The piano she has played is not any old keyboard but Cole Porter’s piano, a brown, hand-painted midsize Steinway grand adorned with decorative scrolls and courtly, bewigged dancing figures.

• Constructed in 1907, it was presented by the hotel in 1945 to Porter, who had already lived there for six years; it was moved to the lobby after his death in 1964. It is an impressive instrument, especially in the lower register, whose resonance Ms. Sherman sometime demonstrates to patrons sipping tea or cocktails.

• If you spent enough hours on the terrace listening to her play, sing, and spin anecdotes from her storehouse of musical lore, sooner or later you might absorb most of the history of American popular song.