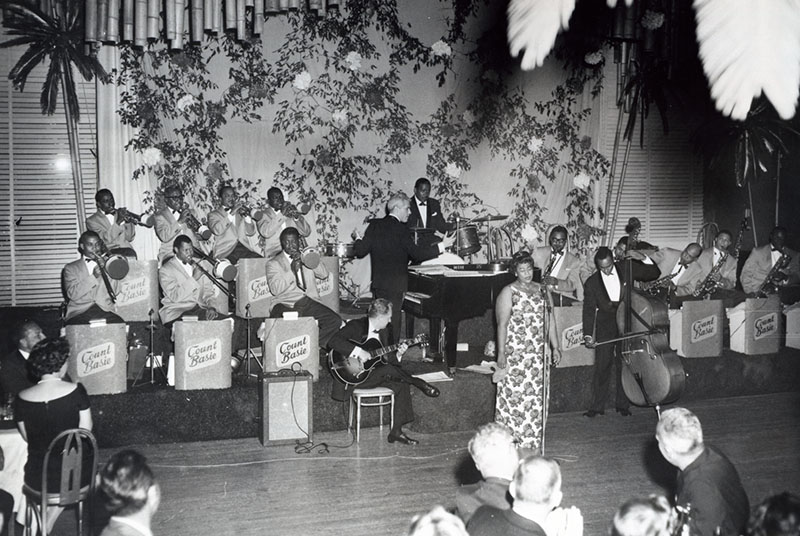 • Ella Fitzgerald recorded almost 150 albums in total. Some were recorded live at jazz festivals in the U.S. or Europe. Estimates of her total sales range upwards from 25,000,000.
• Fitzgerald’s career progressed steadily with frequent tours of Europe and the Orient appearances. The many greats she has played with include are Louis Armstrong, Count Basie, Duke Ellington, Errol Garner, Earl Hines, and Oscar Peterson. She did not like to play hotel lounges, but made an exception with Count Basie Orchestra, in the Starlight Roof of The Waldorf Astoria Hotel.
• March 16, 1987 – Arnold (Red) Auerbach, president of the Boston Celtics, and Ella Fitzgerald were honored at a benefit dinner-dance at the Waldorf-Astoria for the Jackie Robinson Foundation, which provides college scholarships. Tickets were $300 per person.
• One of Ella Fitzgerald’s most famous songs was, “You’re the Top”. In this song she mentions the Waldorf Astoria saying “You’re the top, you’re a Waldorf Salad”. This song was penned by a famous Waldorf Resident, Cole Porter.

“The Greatest of Them All.”