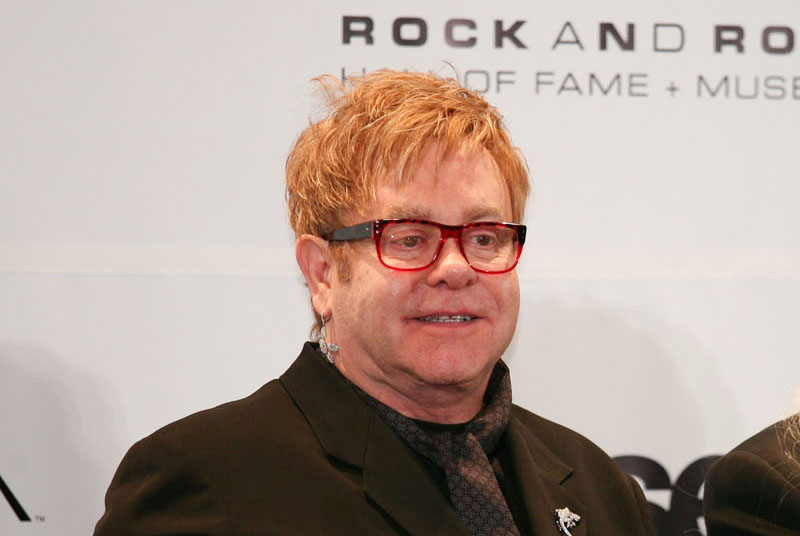 For the annual event, the Green Room and Ballroom are set up by Estee Lauder Designers and Floralia. The Green Room which serves as a lounge is located in the West Foyer and includes a bar with food, sofa and chairs and 2-3 plants: Aralia and Palm Trees with white Orchids for the centerpieces. The ballroom is set up with orchids and pink/lavender and purples roses.

Oct 3, 2006, Elton John Aids Foundation Fifth Annual Benefit Dinner “An Enduring Vision” was hosted at the Waldorf Astoria. Elton John was performing on the ballroom stage with Neil Young. Elton John AIDS Foundation (EJAF) is one of the world’s leading nonprofit organizations that was established by Sir Elton John in 1992 in the USA and 1993 in the UK supporting innovative HIV/AIDS prevention, education programs, direct care and support services to people living with HIV/AIDS. “An Enduring Vision” was celebrated again at the Waldorf Astoria on September 25, 2007

Elton John is also a regular of Bette Midler’s New York Restoration Project Annual Hulaween at the Waldorf Astoria. The New York Restoration Project (NYRP) is a non-profit organization founded on Jul7, 1995 by renowned entertainer Bette Midler , with the goal of revitalizing neglected neighborhood parks in economically disadvantaged neighborhoods of New York City. In partnership with the City of New York, NYRP is also leading MillionTreesNYC throughout New York City’s five boroughs by 2017.