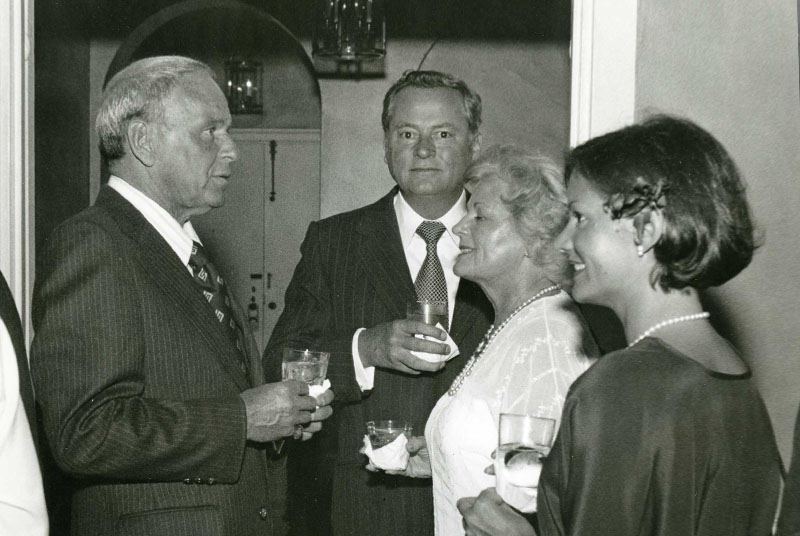 Sinatra agreed to perform in The Wedgewood Room in December 1946 but he insisted on the type of band that was supporting him on the air. Whereas the hotel had planned on a ten- or twelve –piece aggregation, Sinatra demanded twenty-six pieces including ten violins and a French horn. He got them at the hotel’s expense, which included taking out a number of tables to make room for the young symphony.

The kids came, but Park Avenue people came too. He stayed four weeks and did exceptional business.

Shortly after Cole Porter’s death in 1964 Frank Sinatra and his wife Barbara rented his suite in The Waldorf Towers for the princely sum of $1 million per year.

When Sinatra and Barbara departed in 1987, they left as their legacy their individual initials, which the pair had etched into the glass shower doors of their respective bathrooms. — one reading F. A. S. and the other B. A. S.. Frank Albert Sinatra and Barbara Ann Sinatra.

In 1993, Frank Sinatra and his wife Barbara no longer rented the suite by the year but stayed at The Waldorf Towers when in New York for a rate of $2,300 a night.