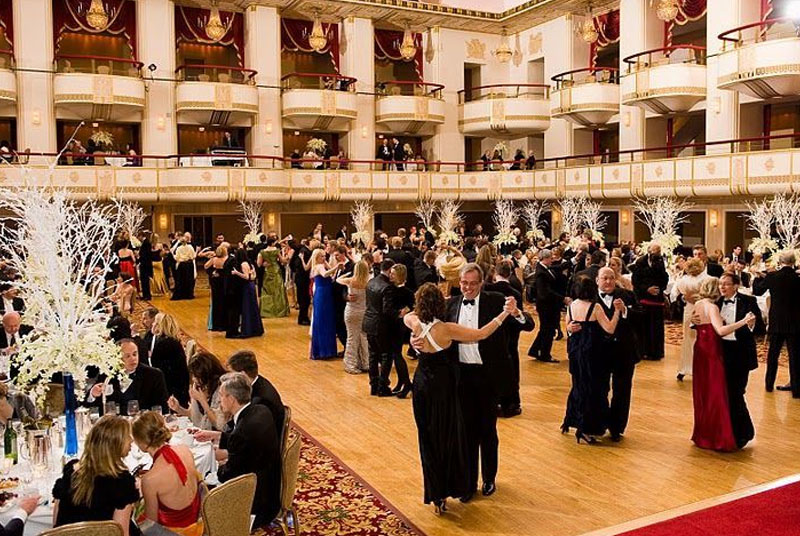 • The active and productive founding year of the Association was capped by what is still the banner event of the year – the Annual Dinner in Honor of the Federal Judiciary (the “Judges Dinner”).

• Held on December 6, 1922 at the Waldorf=Astoria (its situs ever since) the dinner was preceded by a menu printed in the format of a U.S. Patent that pointedly referred to the limiting effects of Prohibition1. It had 258 members and guests in attendance.

• By 1935, the membership totaled 423. The largest fundraising event remained the Judges Dinner which had more than 500 in attendance.

• Due to the stress of the war, the only member meeting held in 1942 was the Judges Dinner at the Waldorf, which enjoyed the largest attendance of any similar function in the history of the Association.

• The year 1957 was a milestone year for the Association. It marked the first time in Association history that more than a thousand members and guests attended the Judges Dinner.

• The Dinner in held each year the 3rd Friday of March in the Grand Ballroom.

• The presentation on the Grand Ballroom stay is televised in all of the Ballrooms at The Waldorf Astoria for all attendee to view.