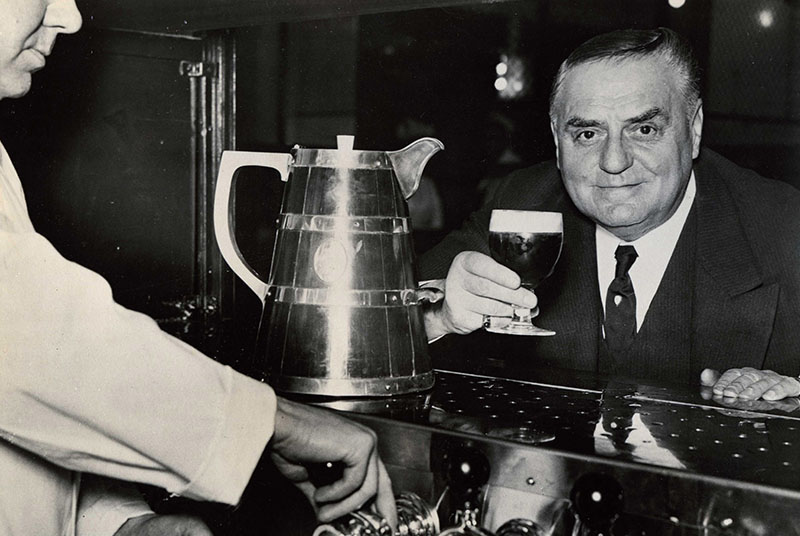 • Oscar left New York’s restaurant Delmonico’s to join the staff of The Waldorf Hotel two months before it opened in 1893.

• There, his larger-than-life personality became one of the hotel’s principal attractions.

• Widely known as “Oscar of the Waldorf”, Tschirky played a large part in the development of food and beverage operations for the hospitality industry.

• Oscar was also part of the team that moved to the new Waldorf=Astoria in 1931 and was hired as banquet manager.

• Despite not being an official chef, he is credited as the creator of Veal Oscar, Lobster Newburg and the Waldorf Salad. He is also widely credited with popularizing Thousand Island dressing.

• He dictated the day’s social conventions and service standards, many of which remain de rigueur almost fifty years after his death.

• Oscar Tschirky, renowned maitre d’ of the Waldorf=Astoria Hotel, would host picnics for friends and industry associates at his farm in New Paltz, NY. The farm was purchased by the Philantropique Society and converted to a retirement home for chefs.

• Oscar’s Restaurant opened as a casual canteen in the 60’s, Oscar’s honors the memory of Oscar Tschirky.

Duke and Duchess of Windsor