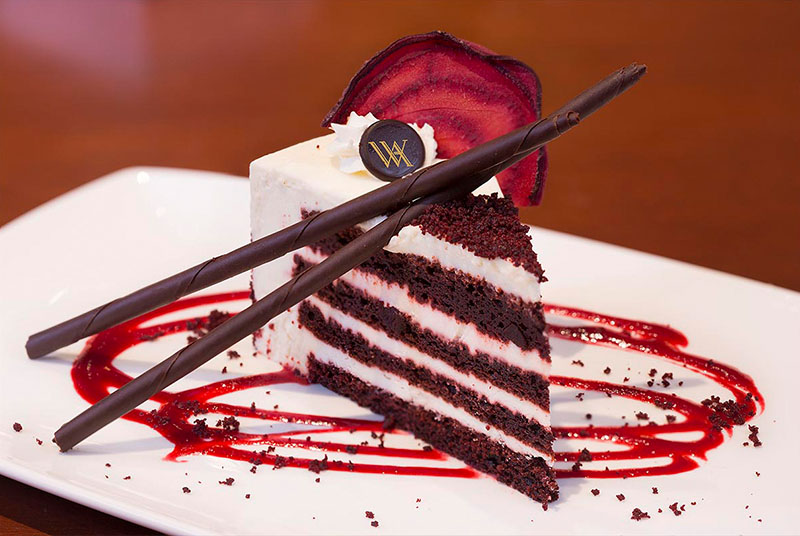 Popular lore claims this cake was created in the U.S. South, but we know the real story. Red Velvet Cake was first a signature Waldorf dessert in the 1920s, when the use of natural cocoa brought a red hue to the batter. It quickly became an American favorite, as diners savored the rich, moistness of the cake, paired with a cool creamy frosting.

During World War II, cooks added beets to produce the color when cocoa was unavailable. Today, many recipes use red food coloring, but our all-natural version still calls for beets, which also impart even more indulgent moistness to every slice.