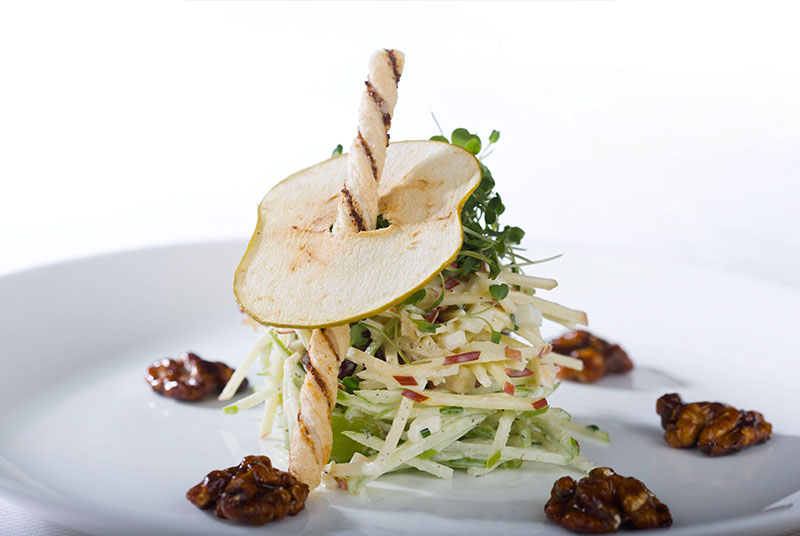 Invented in 1983 by Oscar Tschirky to gratify a Waldorf customer’s request on the spot, this simple preparation of apples and celery remains timeless. It debuted officially in Tschirky’s “Oscar” of the Waldorf’s Cookbook in 1896.

Our version refreshes the classic preparation for modern palates. Tangy yogurt and lemon juice in the dressing cloak the salad with a fresh, slightly tart favor but remain in the background. Apples and walnuts (today’s favored preparation) are the stars, with the crisp crunch of fresh apples perfectly joining the slightly smoky, earthiness of toasted walnuts. Minced winter truffles add a final top note that makes this dish a symphony of flavor when tasted.

The Waldorf Salad was immortalized by Cole Porter in his 1934 hit play Anything Goes, “You’re the Top”. Cole Porter was an American composer and songwriter. After a slow start, he began to achieve success in the 1920s, and by the 1930s he was one of the major songwriters for the Broadway musical stage. After a riding accident, Cole Porter lived at the Waldorf.