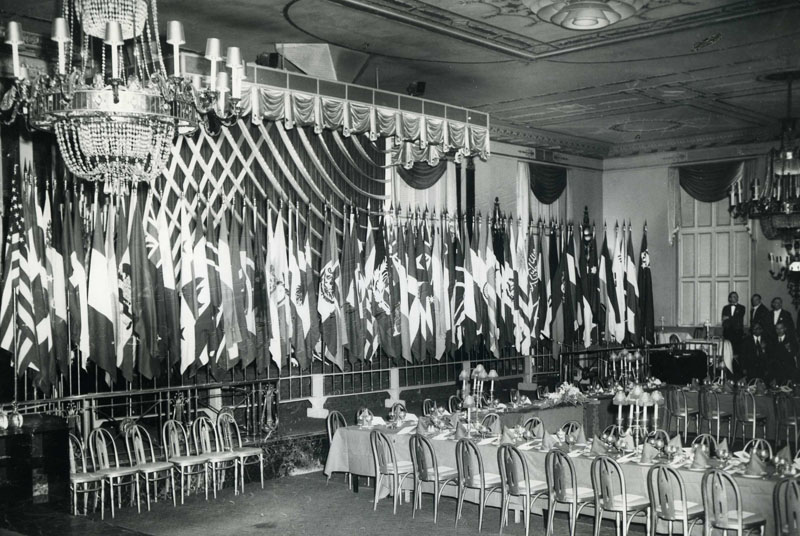 • The General Assembly occupies a central position as the chief deliberative, policymaking and representative organ of the United Nations.

• In 2000, for the Millennium Assembly the hotel was buzzing with 37 delegations. The lobby was a constant chatter of many different languages.

• In 2005, the 60th Anniversary of the General Assembly was one of the largest with over 40 delegations at the hotel

• The Waldorf=Astoria was the first hotel within Hilton Worldwide that had a uniquely appointed Director of Diplomatic Affairs.

• The President of the United States, under the Bush and Clinton administrations, both hosted a “President’s Reception” in The Starlight Roof during the week of the General Assembly. The Reception would host 120 – 150 heads of states. There was no security allowed in the room so only the Presidents and their spouses were permitted.